Thoughts About Ritual Magick and Drug Use 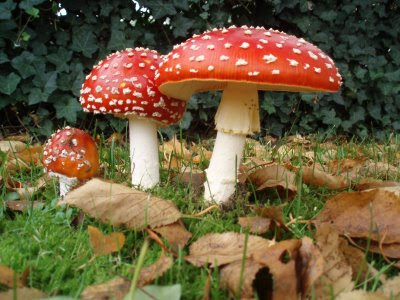 This a pretty controversial issue that many occultists have discussed, causing a curious division between those who support such activities and those who are steadfastly against them. Both sides have some pretty strong arguments to support their opinions, and it sometimes has stirred up some strong passions. I am, on the other hand, going to take a neutral position in regards to drug use combined with the performance of ritual magick, since I actually find myself with both opinions.

As a child of sixties and seventies, I have been exposed to quite a variety of drugs, both legal and illegal. Taking illegal drugs has its own particular onus, branding one as either a radical or a social outcast. Even today it’s not something that you would openly admit to in front of a mixed group of strangers. During the seventies there were all sorts of experimentation going on with quite a host of different drugs, and it was trendy to be one of the experimenters. Yet I found it useful as a witch and magician to avoid drugs that severely debilitated me or endangered my health. I opted instead to seek out those drugs that might aid me in the search for extreme alternate states of consciousness.
My purpose for seeking these extreme states of consciousness was to help me gain a breakthrough of sorts, so that I could experience more rarified and empowered magickal dimensions of consciousness. These experiments didn’t always produce the results that I was expecting, and at times seemed more like attempting to do something delicate and subtle with an overpowered and unsubtle tool. One way of describing this situation is to compare it to attempting to swat a fly with a cannon ball; where a deft and light fly-swatter would be a better tool for killing flies. This represents the difference between using meditation and using drugs; one is a normal internal process, the other, externally introduced and extreme.

As a practitioner of ritual magick, I was attracted to hallucinogens and steadfastly avoided opiates, amphetamines and other related pharmaceutical drugs. While everyone else was snorting cocaine in the seventies, I was attracted to marijuana and hashish, with an occasional LSD or mushroom trip. What I discovered over the years is that extensive drug use is very debilitating to one’s health, and it can be the cause of serious illness and even death. I have had old acquaintances over the years succumb to cancer, brain tumors, aortic aneurysm and other maladies because they had been very heavy drug users at some point in their lives. You can assume the same logic in the abuse of alcohol, cigarettes and pharmaceuticals. Abusing these substances is a real health risk, so the only alternative is to use them sparingly and for strategic purposes.

When I was a young man and believed steadfastly in my own immortality, I took risks with drugs that I would never even think of doing today. I also learned an important lesson many times over. I found all too often that divine insights, prophetic visions and incredibly creative ideas were far less significant and relevant after I was sober than what they seemed while under the influence of psychotropic drugs. Of course, this is not always the case, and some insights that I received were truly monumental; but most of the time what I produced under the influence of drugs was of a decidedly inferior quality.

My conclusion after years of experimentation, and an even longer period of hiatus, was that a small amount of psychotropic substances are all that is needed to achieve the desired results, and then, it is only done at a strategic moment. I found that the state of mind of being incapacitated by drugs ensured that the quality of ritual activity and self control was very poor, and the time it took to recover from such episodes became ever longer as I got older. That made working elaborate magickal workings accompanied by a liberal dosage of drugs a bad combination. Either you take drugs to have a powerful visionary experience, or you use meditation techniques to achieve the proper mental state to work elaborate rituals. I found the two activities to be incompatible.

There’s a very important lesson to be found in this minor revelation, but it’s just a practical outlook based as it is on some rather bad experiences. I admit that I have done some foolish things in my youth, and that I am much more prudent in my middle age. I also don’t confuse celebrating, having an attitude adjustment, entertaining myself or socializing with others as an excuse to medicate myself. I treat psycho-active substances with a great deal of respect, and would never use them as a form of personal entertainment. To me, these substances are sacraments, analogous to the Flesh of the Gods, and I approach them with a certain amount of awe and even a bit of trepidation. Sacraments that can bring a transitory period of enlightenment can also cripple the mind and damage the body, so they should be approached with the utmost care. This also means that one must get as much out of one of these sessions as possible. Nothing is more saddening or tragic than wasting such a precious gift as what the gods grant us through these plants and chemicals.

The real key to this methodology is based on the powerful effect of deliberately producing ecstasy in the mind and body. However that is accomplished, once it is triggered, it hastens a process of psychological transformation. If that transformation occurs when a person is at an important transition point in their life, then it will have a very strategic effect. Ecstasy is therefore the key, and drugs are just one of the many ways in which ecstasy can be deliberately triggered. Thus, there are other ways that ecstasy can be produced, such as through breath-control (hyperventilation), dance, music, bondage, scourging, and various forms of sexuality. All of these techniques use the body as the foundation for causing ecstasy; but there are other more subtle methodologies that are based purely on the mind alone. In mental induced forms of ecstasy, the mind triggers the ecstatic state in the body. As you can see, even when using the mind to induce ecstasy, the body is the base for all transformative techniques regardless of the methodology. In ritual magick, magickal power is experienced directly through the body, and it is that power which fuels the state of mind that quickly leads to experiences of ecstasy.

Approaching a technique for generating ecstasy requires a great deal of careful experimentation and a prudent balance of utilization and abstinence. If you use a technique too often, then it loses its power, or it can cause physical problems. What I have found is that if the mind can be powerfully tuned, sensitively anticipating the technique and loading it with expectation, then a smaller effort (or dosage) will be required to trigger ecstasy. This is the rule that I use in my magickal workings, since I have come to know that ecstasy is a fundamental technique for generating truly powerful and authentic magickal experiences.

I hope these comments and insights have been helpful to you, and perhaps you will avoid the foolish excesses that my generation was so guilty of perpetuating on ourselves in that wild, dangerous, and also very dull time of the seventies. Ecstasy is the key; but that key comes in many forms, each with its own virtues and problems.
Frater Barrabbas
Posted by Frater.Barrabbas at 8:00 AM