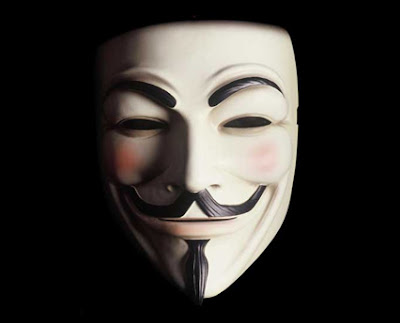 Normally, I try to avoid discussing any political issues on this blog,reserving that for the political blogs, of which there are so many. I have recently noticed that a couple of occult blogs have discussed the recent emergence of the “Occupy Wall Street” movement, with one praising them and another dismissing them. There are probably others out there who are weighing in with comments that I might not even know about. I thought that I would at least make a statement of support for what is happening in New York City, and also, all around the world. It's because that social statement does affect me and is quite relevant, even on a magickal and spiritual level.

The real truth is that things aren’t getting better for the collective 99% of Americans, and probably the rest of world as well. While many young people are engaged in the protests and marches in New York City and elsewhere, there are also older people and even the unions that are participating. This is a counter-movement to the so called patriotic Tea Party’s “Taxed Enough Already” movement that was seen in the previous two years. While the Tea Party was an obvious “astro-turf” organization promoted by well-heeled right-wing advocacy groups (like Freedom Works), the OWS crowd is just a spontaneous group of mostly young people who are experiencing the most pain from the recent economic turmoil. They are having to spend an enormous sum of money to get a good university education, and then afterwards facing a very bleak and frustrating job market.

I feel a great deal of empathy for these young people looking to try to start their careers and having to compete with such a massive population of unemployed or under-employed people. Good paying jobs for recent college graduates are pretty hard to find. I faced a similar situation in the years between 1980 and 1983, when two back-to-back recessions made finding a job after I graduated nearly impossible. In my home state of southeastern Wisconsin, the unemployment rate was near 20%, due to the collapse of the ancillary auto-parts industry located in that area. The jobs that were lost due to factories closing down never returned, and the area became known as a part of the Midwestern Rust Belt.

The current economic downturn had a lot to do with a small handful of Wall Street speculators who were playing the system, using other people’s money to fund very risky investments. In the end, the bottom fell out when the real-estate market bubble burst. Lots of innocent people were hurt by this occurrence, including me. Investment portfolios lost their value, and supposedly something like 3 trillion dollars evaporated from the economy.  Right-wing politicos blame the government for pushing bad loans through Fannie and Freddie Mac, but the real problem was the private sub-prime loan industry, which had been able to evade government oversight. The rules had been relaxed and regulations gutted, and the result was actually quite predictable - greed won out over virtue. The banks and financial institutions that had been caught short-handed in this debacle were bailed out by the government, but the average working stiff received little or no help. The rich, powerful and well connected saw their profits and income soar, while the middle class saw their spending power drop, their home values plummet and their jobs disappear.

I am not rich, nor do I desire to be wealthy. I learned a long time ago that if I wanted to be rich, I would have to really focus on acquiring and managing money most of the time. Those people I knew who were far better off than me in terms of money were either born into it, or obsessed with making a buck wherever they could. I have never been that kind of person, so I was happy to earn my living the old fashioned way, by working at a job and getting regularly paid. I always gave my employers the best of my ability when at my job. Yet when I went home, I was able to focus on other things that were more interesting to me, but not fiscally beneficial.
This is the way that I was able to spend an inordinate amount of time learning the occult and writing a completely new system of magick. Such a long period of work and study never earned me a single dime, and I was happy to share what I knew with others for free. That has changed somewhat now that I am a writer and teacher, but still, I am not in that business to make a lot of money. What I make as a writer comes out to be a very small percentage of my overall annual income. My day gig pays the bills and puts food on the table. Even though I make more than twice the national average in terms of income, I am affected by the same economic forces that are affecting those who make half as much or less.

As a member of the middle class, I realize all too well that I am at a distinct disadvantage when it comes to competing for political clout with the rich, powerful and well connected minority. Perhaps that is why I learned to seek to bend the odds slightly in my favor through the use of earth based magick. I have been fortunate, and some might even consider me to be lucky. However, I am under no illusions about my place in society and in the economic landscape. I am just one of the many individual members of the middle class who lack any amount of political power or influence. The only power that I do wield is that I regularly vote, but that is just one vote out of a myriad.
Still, what I have learned over the years is that I will not vote for a politician who is socially or fiscally conservative, in other words, I would never vote for a Republican. The Republican party doesn’t represent my financial or political interests, nor my social libertarianism, particularly because I am religiously a witch and a practitioner of a very progressive brand of occultism - ritual magick. Because of my beliefs and practices, I am probably about as alien to the tenets of the Republican party as one could possibly be. This is especially true as the Republican party has changed and mutated recently into a very hard right-wing driven ideology.

Anyway, since I am somewhat of a political progressive (made so by the polarization of politics in the US), I find myself reading progressive political blogs more often than relying on the Main Stream News. I have found illuminating answers in these blogs as to the meaning of the OWS protests (even though they didn’t take much imagination to understand). While the MS Media and the right-wing politicos have dismissed these protesters as a spurious and dangerous mob, the progressive bloggers seem to understand and articulate why people are protesting the big banks and financial investment firms on Wall Street.

Today I read an article in Daily KOS entitled “Three Strikes Against Wall Street,” written by Mark Sumner - you can find it here. In that article, Mark doesn’t put down the protesters or dismiss their angst at the unfair system that has screwed them. Instead he gives a pretty cogent explanation of what happened, and why it happened. As he explains it, the culture of the rich and powerful have within the last thirty years strategically changed the system so that the financial market serves them instead of the people. This quote really said it quite well, and I repeat it here.

“If we hadn't deregulated banks and markets, we wouldn't be facing the kind of disaster that we've seen over the last three years. If we hadn't drastically reduced tax rates for the wealthy, we wouldn't have seen pension funds dry up and middle class wages stagnate. If we hadn't given corporations more and more political clout, we wouldn't be where we are—in a broken system that serves them, not us.”

Mark Sumner explains the essential three strikes that the rich and powerful used to change the way the markets operate in our country, and the world over. It has profoundly benefitted the wealthy few at the expense of the rest of us. There is a real class war going on, but unfortunately, it is the wealthy and powerful who are engaged with a war against the middle class, the elderly and the poor. That war is being won as I write this article, and the middle class didn’t even have a chance or a prayer to help themselves. We have been the real losers, and we didn’t even know what it was that had been done to us.

“When we look back over the last half century, we see a market that increasingly veers away from its role of serving the citizenry. Especially in the last three decades, the market has moved [from] being a vehicle designed to allow investment in companies that create goods and services, and become the target of its own interest. It's turned into a banquet of fiscal self-cannibalism. It does not serve the citizens, and in fact represents perhaps as great a risk as any enemy extant.”

If the protestors are upset and angry, they actually have good reason to feel that way. I myself have seen my retirement portfolio greatly diminished, my health benefits whittled away to become nearly a self-funded system, and the overall spending power has dropped for me and everyone as wages are unable to keep pace with expenses. And yet and still, the Republicans talk about more deregulation, less taxes for the rich, de-funding important infrastructure investments and green technology, and the total elimination of the social safety net. Taking that into account, and the obvious extreme social conservatism (of a type that should frighten anyone who is a witch or a pagan), why would I ever consider voting for this political party? We definitely need some major changes in our country, but I believe that they should be progressive instead of regressive.

Mark Sumner encapsulates the OWS worldwide protest movement in just a few words, but they deeply impressed me. He, unlike so many others, truly explained why there is such a protest movement, and why it’s important even for middle aged white men like me. Despite the fact that I might be considered a part of the upper percentile of the middle class, I know where my bread is buttered and who has my back in the ensuing struggle of economic classes in this country. Mark says this about the protest movement, and I must say that I heartily agree with it.

“The occupy movement is a withdrawal of consent. It's not a war on capitalism. It's an acknowledgement [sic] that we are doing capitalism badly, and in a way that does not serve to help real people in their real lives. To repair the system will require government to step up and take action.”

So, I believe that the problem facing our country is that we have had too little government oversight and too much reliance on the market (and the wealthy few who manipulate it), and having had a couple of decades of that kind of treatment, I think that we are ready for a change. Hopefully, the OWS movement will be instrumental in getting people to finally turn the page on letting the rich and powerful rule this country as if it were their right and privilege. Maybe the magick of the disorganized and passionate peaceful protests by the people and for the people, will help make our country into a more compassionate and liveable place. It is my sincere hope that this will indeed happen.

Don’t forget to vote, however your conscience moves you!
Frater Barrabbas
Posted by Frater.Barrabbas at 8:00 AM