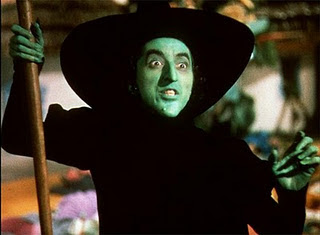 I should also entitle this article - “What to do when virtue fails!”


Recently, there was a hotly discussed topic concerning ethics and magick between various blog authors in the blogosphere. I was busy at the time and didn’t really have time to respond to the various threads that were out there. I won’t bore my readers with the details or name any of the individuals who were engaged in this discussion (it was just the usual suspects anyway). The real crux of the issue is whether or not ethics is important in the practice of magick.

Some have stated that there should be a course in magickal or occult ethics that goes with any book or course on how to practice magick. Ethics do impact such disciplines as the hard sciences, soft sciences, business colleges (although one would think that such tropes would be quickly dropped once in the real business world), and even large corporations and professions. A lawyer can be disbarred for unethical behavior, and a doctor can lose his medical license for a similar lapse. The company I work for has annual training sessions in ethics, and requests its employees to report unethical behavior whenever it occurs. I would assume that this is rigidly enforced to ensure that the company retains its good reputation and avoids costly legal battles where possible. So if ethics seems to be important in the exoteric world, then it must be also important for the esoteric world as well.

Yet when it comes to working magick, ethics is a very subjective quantity. Witches are supposed to align themselves with the Wiccan Rede, written by Ms. Valiente, however, she never wrote this slogan with the idea that it was to be used as some kind of law. For those who might be unfamiliar with this slogan, it has been variously quoted as “Eight words hath the Wiccan Rede - And it harm none, do what thou wilt.” Some have compared this law with the similar sounding slogan derived by Aleister Crowley from the “Book of the Law,” but they are quite different. Even so, the slogan about not hurting anyone was always taken as a suggestion or guideline by Ms. Valiente and not put forth as a defacto law. Of course, if you think about it, abiding by this law takes the teeth out of being a witch in the first place, so many, especially the old guard (such as myself) will tactfully ignore it.

If there is any kind of ethics to be used in witchcraft proper, it would be to keep oaths of secrecy, don’t cheat, curse or steal from coven members, and don’t get caught by the authorities doing malefic workings. Otherwise, witches have always been known as being outside of the laws of the land, so as “outlaws,” they are free to do whatever they wish to do. The only caveat is that they take responsibility for their actions, and if things go wrong in their magickal operations, then the only one to blame is themselves. This is based on the folk tradition of witchcraft, and is often the place where one goes to determine a realistic approach to working witchcraft outside of a strict tradition. Some traditions of witchcraft are rather strict about performing what would be called “black magick,” but other traditions rely on the common sense of the operator.

I believe that anyone who calls themselves a witch should have the ability to defend themselves and to use whatever means necessary to protect themselves from the predation of others. Working malefic magick isn’t always the answer to a problem, and sometimes solutions can easily be found using one’s common sense or what I call the direct approach. When wronged, I always use the direct approach to getting justice, and when that fails, only then would I resort to magick, if indeed, it is warranted. You see, that is the key to this whole issue, which is what I call justification. If you are justified in working magick against someone, and you have exhausted all other approaches, then you can perform your malefic working with a clear conscience. If it fails or backfires, then it’s completely your fault, and only you will reap the consequences. Perhaps the easiest way to find out if you are indeed justified is to talk to someone who is not involved with the situation and see if they agree with your opinion. If they strongly disagree, then you should seriously rethink what you are about to do.

When I say exhaust all other possibilities, that’s exactly what I mean. If someone threatens you or any of your loved ones with physical violence, then contact the local constabulary and get a lawyer. If someone is threatening you with a lawsuit or claims that you owe them money (and you don’t), then contact a good lawyer to guide you and protect your interests. Same thing if someone has cheated you out of money or taken something from you. You can also work magick to ward yourself, your home and your loved ones in addition to using more direct methods of self-protection without having to resort to cursing someone. Still, if the direct methods fail to protect you, or if you are unable to get the justice that you deserve, then more extreme magickal methods are open to you. Of course, this assumes that you are justified, since working negative magick to force unjust results could readily backfire. This caution also applies to what I call a guilty conscience. If you aren’t sure of yourself or if you feel any regret about doing something wicked to someone, then you shouldn’t do it. Otherwise, as a witch, you may proceed to “puttin’ a hurtin’ on someone.” The key to the ethical consideration is that you are eminently justified in taking this kind of action (others think so), and you feel very, very strongly that it is both right and good.

These kinds of actions are typically called “black magick” by the masses. I see them as the kind of magickal workings that seek justice and self protection and the protection of one’s loved ones. These represent what any witch must consider when virtue fails. When your back is against the wall, you come out swinging, using whatever tools are at hand to get justice, retribution and to retain your personal honor. I know that some folks will be dismayed at what I am advocating here, but if you are engaged in a life or death struggle, adhering to Queensberry rules (and fighting fair) is a complete waste of time.

My approach to ethics is to use common sense, a dispassionate analysis of the problem, ask other people’s opinions about the matter, search out other ways to resolve the issue, including talking, writing letters, engaging a lawyer and/or contacting the authorities. I reserve the use of forms of negative magick when all other means have failed. So far, I have very seldom had to resort to performing any kind of malefic magick in nearly four decades of being a witch. So now that we have gotten that issue covered, we can move on to other more interesting topics.
Frater Barrabbas
Posted by Frater.Barrabbas at 8:00 AM