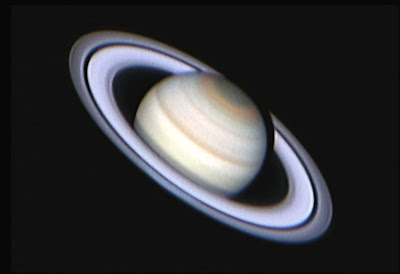 On Monday evening I performed the third talismanic working for the Talismanic Portae Lucis Ordeal. Once again, I was put through some pretty difficult trials, and this time I recognized those issues as being negative attributes of Saturn. After realizing this fact, I was able to find a similar series of negative attributes that I have had to experience for each one of the four-fold planetary talismans. This might be considered very subjective or even something of a stretch, but for each of the four-fold talismans of the Sun, Moon and Saturn, I have experienced the negative qualities of those three planets. Allow me to explain what I mean by making this claim.

Just prior to working the first talismanic rite for the four-fold elemental talisman of the Sun, I came down with a really serious stomach flu virus. I was very ill for 48 hours, and barely recovered when I had to perform the rite at the last possible date to incorporate the lunar mansion during the waxing moon. I would equate the stomach flu to a solar type influence, due to the fact that the point in my body that was most afflicted was the solar plexus. I even pulled a muscle in my side and I had to individually treat it so that I would be able to perform the ritual working.

Then, as I was preparing to do the second talismanic rite for the four-fold elemental talisman of the Moon, I found myself in the situation of great difficulty in regards to acquiring the silver disk and preparing it for the work. The disk finally arrived with less than two days before I needed it, and my attempts to fabricate a disk met with failure, not to mention a bloody cut to my hand. Issues of trust, communication, fear of failure and self-wounding characterized this working. I would place this list of difficulties as negative attributes of the moon.

Finally, exactly a week before I was to do the third talismanic rite for the four-fold elemental talisman of Saturn, I experienced the tragic death of one of our beloved cats. I got to taste the full range of negative attributes of Saturn with the dramatic passing of Stars, and that was death, loss, grief, sorrow and melancholia. It almost seems like I had to undergo this terrible minor tragedy as part of the Talismanic Portae Lucis Ordeal. I hope that this will be an end of the tests and obstacles at least between now and when I actually perform the final rites for this ordeal. It would seem that I have had to pay a price to successfully complete this working, and such a price leaves me wondering what might have happened if I hadn’t decided on taking on this ordeal. That’s pure speculation, of course; but because I am engaged with this working, then what happens prior and during the individual workings becomes significant and meaningful to me.

Not to be outdone for the occurrence of Saturn, I will have to direct a lot of my efforts this week in doing some extensive trimming on my submitted revised manuscript for Llewellyn (Magical Qabalah for Beginners). It would seem that the extensive revision work that I did has ballooned the size the manuscript, and now I will need to scale it back in order to get it in scope for what is, essentially, a beginner’s book. I know that I am not a gifted writer, and that I tend to overwrite and over develop a theme when I am composing. I just can't say anything in twenty words or less, and I supposed that I will need to take this to heart in order to complete the next phase of revisions. All of this weighed heavily on my soul as I prepared to perform the working on Monday evening.

All of the preparations, which included the creation of the five sigils, the etching of the lead talisman with the sigil of the angelic ruler of the lunar mansion, and the various other preparations were all done during the lunar mansion of Al Sarfah. I had postponed doing any of this work until the very day of the working because I wanted everything to be achieved during the period of that lunar mansion. I felt that it would make the working even more imbued with all of the qualities of that mansion. The pall of Saturn was on my spirit, though, and I felt the overwhelming aspects of my job, magickal commitments and literary commitments weigh me down. If I let my emotions get the better of me, I would feel as though I were being crushed by everything that needed to be done. I felt that I needed to start making lists and doggedly going through them. Making a list allows you to prioritize and engage with the things that need to be done first, and eventually, everything on the list gets done. Of course, it’s a good idea to cut back on making more commitments so the list remains manageable. While meditating, I received some insights on how I could put together a small workshop to be presented at one or two of the local occult book stores. I want to focus on the ritual structures of the vortex and the double gateway, and present them with the concept of building up a mystikon. I will think more about this in the future, since I have more than enough to do now.

The working was started right around 9:02 pm as the planetary hour of Saturn clicked into place, and I completed the circle consecration and the Mass in good time. I felt invigorated and impelled to complete what had been started. So I focused on the work and managed to perform all of the rituals without any significant misstep or issue. As I performed these rites, I felt that I was generating a very heavy, potent and highly charged energy - it seemed to match the qualities that I would have expected for Saturn. At the end of the ritual, I felt buoyed and elated, which helped me to overcome my feelings of being overwhelmed by everything that I had to do. I sensed that it was more important to be busy than not, and that the large amount of work would assist me in getting through these difficult times. I completed the working around 10:15 pm, and left the talisman covered by a cloth to begin the incubation period of three days. I had luckily found a vial of Dragon’s Blood oil and used that to anoint the back of the talisman. So the stacked sigils, the velvet carrying pouch, the anointed talisman and a covering cloth all sat in the center of the septagram trigon on the central altar, lit by a vigil candle. I will retrieve the talisman and burn the sigils on Saturday morning, when I will then have the three required talismans to perform the Portae Lucis ordeal in June.

My next planned working in this ordeal is to generate a Mercury talisman on May 31. Then, I will prepare myself for the Talismanic Portae Lucis ordeal, which will begin on June 17. We are getting closer to the launch date, and so far, this ordeal has been quite difficult to accomplish. It seems like there is always something happening that could (if I allowed it) thwart or deflect my attempt to complete this ordeal. I am hoping that things will get easier once I get closer to the final target date, but I seriously doubt it. It’s more likely that there will be more challenges and issues to deal with as the final date gets closer.