Calends November and Thoughts About the Masonic Model 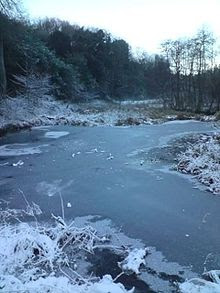 So, here it is, the last day of November and just a few weeks before the solstice holidays. My eye is healing up nicely, although it will take me some time to get both of my eyes functioning as a unit. Hopefully, that process will quicken once I get a new pair of glasses. I am still quite busy with my day job, although all of the work that I am doing at this stage is helping to get other parts of the project to completed. I have just another week or so of work and then my long period of paid winter vacation begins. For most of the year I was unable to take much in the way of vacation time, so I have to take as much of it as I can at the end of the year, or lose it as the next year begins. I will, therefore, be taking nearly a month off, and I will be able to focus on lots of other things that I couldn't engage in because of my work schedule.

My girlfriend is also quite busy completing her last semester of class work and exams for her master’s degree, and she will also get a much needed respite from the arduous schedule imposed by a graduate degree and its scholastic regimen. We will be able to function as a normal couple instead of sneaking in moments together between work and study. Although the winter up here in the tundra precludes one from doing very much outside except winter sports (especially since there is now snow on the ground and the temperatures at night are quite frigid), there are plenty of things to see, people to meet, places to go and food to eat, and generally much to engage in for our entertainment.

I am planning to focus on some social events, going out with my girlfriend to some movies, plays, feasting on exotic foods and just having time to ourselves by the fire place. I am also planning on doing more magick since I will not only have the time but also the overall energy to do some special workings. Another area that has been neglected somewhat is my many writing projects, and in fact, I might be able to get some of that completed over the holidays. I am really looking forward to this long period of rest and relaxation and personal enjoyment. I have earned it, and it will be wonderful to actually get to have my cake and eat it, too.

That being said, I did want to write up a few paragraphs clarifying my last article on the merits of self-direction and self-initiation. I was a bit put out by what Nick Farrell wrote in his blog article about “Playing At Magic” and I felt that it was kind of insulting to all of those individuals who just didn’t have the opportunity or the desire to gain their knowledge and experience of ritual and ceremonial magick through the guidance and direction of a magical lodge. I feel that the attitude of “I got my initiatory pedigree and the hell with you” attitude that some individuals espouse is pretty toxic. Some may have taken my opinions in that article to mean that I don’t like traditional occult lodges or mainstream occult organizations, and this is untrue. I just don’t tolerate elitists of any kind, and I consider it an archaic and doomed mind-set amongst those traditional occultists who espouse it.

One of the problems for anyone who is self-taught, self-directed and self-initiated as I am is that very few organizations take prior experience and knowledge into consideration. If you have been studying and experimenting for the last decade or two, why would you want to join an organization where you would be relegated to the most rudimentary studies and practices? Also, if you happen to have developed your own way of achieving a certain goal through ritual or ceremonial magick, why would you want to throw all of that away just because the organization that you are thinking of joining does something differently?

If someone has been spinning their wheels for a few years and making no progress with their studies and work, then it might make sense to adopt the techniques and methodologies of a competent and tested magical discipline offered by a legitimate occult organization. However, if you are already an advanced student with your own tested system of magic, then such an option is less appealing and would normally preclude someone from either seeking or gaining admission to a traditional organization, at least in most cases.

One of the problems that I have with many western occult organizations that promote ritual or ceremonial magick is that they are based on the Masonic model. Now, I have nothing against the Masons, and in fact my family has been steeped for generations in Masonry. A pure blue lodge based Masonic model is completely democratic, where all of the members are given the same power and collective authority (regardless of social class), and the roles in the lodge hierarchy are regularly rotated. However, the basic assumption is that despite any candidate’s previous experience, they all enter into the lodge at the same level of Entered Apprentice and then go through the degree structure just as all the previous members have done. These expectations and regulations are acceptable for a purely social or fraternal organization, but when occultism and magic are thrown into the mix, then it becomes much more complex. A candidate with prior experience and already developed capabilities should be selectively examined, and then given a degree or grade commensurate with his or her experience.

However, occult lodges have yet an additional hierarchical structure of a chief adept, and typically this individual or individuals are not elected and rule the group without the typical checks and balances, or for that matter, accountability to the other members. Where the pure Masonic model was democratic, the occult lodge model can become autocratic and suffer the same problems and issues associated with any human being who acquires absolute power over the others within a group. While this might be mitigated if there was a grand chapter or body of higher adepts to whom the lodge chief must answer, these individuals have been (in the case of the Golden Dawn) completely veiled in secrecy.

It becomes something of a problem for any individual under the authority of the chief adept to have recourse to the higher adepts to resolve any issue or alleged injustice, particularly if the chief adept is the only one who is the contact and spokesperson for those higher adepts. Therefore, this model of the occult lodge with its chief adept will cause groups that adopt it to rise or fall based on the singular capability or failings of the chief adept, and not the group as a whole. We need only to be reminded of Robert Zink and the fate of his organization, the EOGD, to realize the precariousness and pitfalls of this model.

It seems plain, at least to me, that there are some good points and bad points when considering the Masonic model for an occult lodge led by a chief adept. These good points can be summarized quite easily in the following four bullets.

As you can see there is much to be admired and celebrated regarding the structure and sodality of an occult lodge. However, there are also problems that can defeat even the best ideals and intentions of such an organization. These can be summarized as:

It would seem that the possible pitfalls of an occult lodge led by chief adepts are too numerous to make such an organization either desirable or even relevant to the self-taught, since they are characterized by the personality and ability of just one or a few individuals. If the chief adept is a truly gifted occultist and a gracious leader, then the organization will flourish as long as that leader guides the lodge in a just and honorable manner. Since human nature is anything but perfect, even a gifted leader has the possibility of succumbing to hubris, abuse of authority and the illusion of personal power.

Other types of organizations can take the good attributes of an occult lodge and avoid the bad by vesting the authority of the group within the membership of the group, making consensus the only governing principle. Such a group has divested any one individual or role of any actual power, and instead loads it with responsibility and full accountability to the collective group. I have described this kind of organization previously, and I have called it a Star Group. Still other kinds of organizations would be a college of adepts, a sorcerer’s guild or a loose sodality or fellowship, or even a kind of magical apostolic succession (of the wandering autocephalous bishop type). The important factor here is personal autonomy, responsibility and self-direction.

Anything that abrogates these very important attributes represents a possible blockade or barrier to higher achievement that the seeker will have to overcome at some point. While it is necessary for a body of practitioners to act as a peer group to mitigate the excesses of the solitary practitioner, they can also suggest a possible pathway or curriculum for personal occult or magical achievement. Experienced individuals can function as temporary mentors or guides to those who are starting out or those who wish to acquire a greater expertise. However, the will and necessary freedom of the individual is sacrosanct and should not be abrogated under any condition. The individual seeker is ultimately responsible for his or her own successes and failures, and sometimes it is necessary for a seeker to fail utterly in order to ultimately realize their path to success.

If I have painted the traditional occult lodge as an organizational structure that is archaic or unnecessary, I would like to make certain that I am understood as perceiving these organizations as important but only in the present time. I also see them as a transitional social mechanism which will ultimately be replaced by other more loosely structured organizations. The emphasis of such an organization will therefore be on the individual seeker rather than the organization or the leaders, and everyone will be accorded the same respect and consideration regardless of their history or their accomplishments. We are in a transitional time in regards to occult social organizations, and those groups that are able to change will become part of the future wave, and those that can’t or don’t will likely pass away in a few decades hence.

Posted by Frater.Barrabbas at 1:02 PM