A Tale of Distorted Realities 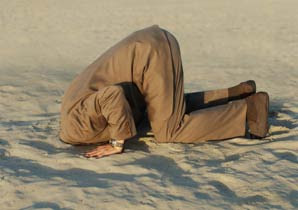 An election night has come and gone in the U.S., and as usual, there were victories and defeats. This is the nature of politics, and it is the factual reality that everyone who participates (or not) in this hallmark of representational democracy must grasp. Despite the rhetorical differences and the sometimes stark differences between policies, visions and ideologies, the results of an election are, for the most part, an indisputable fact. Barrack Obama has won reelection for another four years, but none of that was surprising, since this victory was amply predicted by a number of pole analyzers, such as the NYT website “Fivethirtyeight.”

Yet what I have seen in this election cycle has given me considerable pause and concern, since it would appear that one side in this ideological dispute has become the proponents of a seemingly artificial reality not at all based on facts. I am, of course, referring to the various right-wing pundits and their puling followers who have maintained factually challenged beliefs and perspectives throughout this election period, and perhaps even previously. A single look at Redstate dot com pretty much shows that there are some citizens in our country who can’t accept any factual point that argues against their passionately held beliefs. Some if not all of these beliefs are profoundly incongruous with reality. Let me list some of these strange beliefs and comment on them, since my point in writing this article is that in order to retain a certain degree of objectivity we must balance scientifically determined facts with our faith and our subjective experiences. We cannot allow our beliefs alone to determine who we are and the nature of the world we live in.

A list of factually challenged political tropes where the opposite is true.

President Barrack Obama wasn’t born in this country and is illegally posing as a citizen and as an elected official. (This is known as the birther conspiracy.) He was also the product of affirmative action and didn’t deserve the honors and accolades that he received while attending various first-rate universities. All of these claims are obviously baseless.

President Barrack Obama is an extreme socialist, Muslim fundamentalist (who is attempting to impose Sharia law on the citizens of the U.S.), a closet dictator, a highly partisan politician who is responsible for the divisiveness in the nation’s electorate, incompetent, lazy, inarticulate, an angry black man who hates white people, hates the U.S., is a world apologist and appeaser, a weak world leader, a secret terrorist, liberal spendthrift, etc. - the list is almost endless and equally ridiculous. All of these accusations are mutually exclusive!

Obama-Care (actually, the AHCA) will institute death panels, cause employers to cut healthcare benefits (due to the associated expense of having to cover everyone) and bankrupt the nation.

The mainstream media is highly liberal and has the power to skew election poles to favor their own interests, as well as constantly show Obama and the Democrats in a positive light. It is a powerful propaganda tool analogous to the old Soviet newspaper Pravda. Needless to say, this tool is wholly responsible for making conservative ideas look bad. (Of course, there is no "liberal" media, since commercial media is owned and operated by large corporations with their inherent interests.)

There is wide spread individual based voter fraud (ala ACORN) that is stealing elections for Democrats. Hundreds of thousands of non-white voters are being bussed to the pols in various localities to skew the election results.

Democrats are wholly responsible for the 16 trillion dollars of U.S. debt, and that they are seeking to fiscally destroy our country with extremely high taxes, too many corporate regulations, too many entitlement programs that coddle the poor at the cost of the middle class.

Gays and lesbians are pushing marriage equality to destroy the moral fabric of our country, since their real purpose is to impose their life styles on the rest of the unwilling country.

Sexual liberalism is also to blame for the moral decay of the nation. Those women who have elected to participate in unsanctioned sexual relations should be punished and forced to give birth to their illicit progeny regardless of their desires or the circumstances of the pregnancy. A woman’s body is not her own to make decisions regarding fertility (i.e., birth-control) or even health. True rape (whatever that is) never produces any progeny and a woman’s health is never compromised by giving birth to a child.

Climate change is a myth being pushed by liberals who want to shackle U.S. industry, and that there is no scientific proof that any climate anomalies are caused by human activities.

Our energy problems can be easily solved by doing more drilling, fracking, and generally using abundantly local fossil fuels. Green energy and using renewable resources are nothing more than a liberal pipe dream that is expensive and will never work.

All we need to greatly improve our economy is give more tax breaks to the wealthy and allow unfettered capitalism to do its thing.

That 47% of U.S. citizens don’t pay any taxes and are living off of the hard work and labor of the middle class and the wealthy. (They should be forced to pay their fair share.)

The wealthy 1% of Americans are paying far too much in taxes and that the U.S. is becoming a welfare state tyrannizing its wealthy elite like the various socialistic countries in Europe.

America is greatest nation on the planet and excels all other countries in every possible category, and that anyone who disagrees with this statement is an unpatriotic traitor who should be either deported or imprisoned. (This is known as American Exceptionalism, and it might be acceptable perhaps if it didn't also ignore all of the known and verifiable problems, too. Such a view-point disallows for any thoughts or considerations on how to improve the quality of life in our country for the average individual.)

I could go on and on, but this list represents just a small sample of some of the strange rhetoric and passionate beliefs that appear to infect the cadres of the ultra-conservative punditry and followers alike. Watching the FOX news channel for any length of time is like walking into an alternative reality. They are reporting the supposed facts like other media outlets, except many of those facts have no basis in physical reality. It would seem that the FOX news channel celebrates and lionizes the masses of poorly informed and low-information viewers with motivational reasoning and baseless propaganda instead of offering any kind of thoughtful or critical reasoning, and it therefore leaves behind all of those problematic facts that get in the way of ultra-conservative themes.

The one glaring fact that this election has shown us (and conservatives seem to ignore) is that our national electorate is dramatically changing. Soon, we will no longer be a country where white people will hold a commanding majority of the population. We are becoming more and more diverse, and as the “baby-boomers” retire and begin to die off, that diversity will become ever greater. Our president is a man of mixed heritage, and I suspect that future leaders of this country will also be non-white as well. That would mean that the future belongs to the Democrats, since they seem to be more willing to support and embrace diversity. It also means that the Republican party is doomed if it doesn't change its course and alter its beliefs.

Some see this as our greatest strength, while others fear and loath it. It is the reason that some conservative politicians are seeking to disenfranchise voters who are not white instead of adopting and celebrating diversity. Whether we like it or not, the changing demographics of our country are already changing the political dynamics of our nation, and will continue to do so in the near and far future. The fear that many white middle aged folks are experiencing over this impending change is likely what is fueling the delusions of the ultra-right political discourse. It must be overcome, but it probably won’t change until the xenophobic part of our nation’s population either dies off or has an epiphany.

What we have here is a rejection of scientific fact, rational analysis, critical thinking and even self-doubt. It would seem that there is now little difference between the ultra-conservative creed and the religiously fundamentalist. I find this evolution to be both troubling and alarming because I am not wedded to either the liberal or conservative viewpoint, but at least liberals rely on facts and critical thinking, and they have moments of self-doubt, too.

The reason that I have brought up these points is that this is exactly the kind of totalitarianism of belief over experience that is so dangerous in the practice of applied occultism and magick. I have personally known a few individuals who succumbed to their ardent belief in delusions while practicing magick, and they didn't come out of that trap unscathed or undamaged. While some might dispute my opinion, I do believe that it is possible to make yourself crazy by not using objective measures to reign in delusions and erroneous beliefs about oneself and the greater world. Objectivity is so important that I urge my magical associates to have at their disposal a peer group who can judge their work, especially when that work produces results that seem too good to be true. 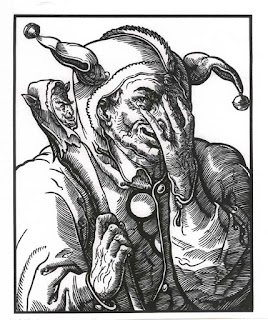 What America needs more than anything else right now is some consistent and potent objectivity. A better way to phrase that would be quote the Joker in the first Batman movie: “What this [country] needs is an enema!” It would really help a sizable portion of the population to get past their delusions and baseless fears by merely doubting and questioning their beliefs. Yet I doubt that such a transformation is even possible at this time, so it is likely that a certain part of the population of my country may yet advance to the stage of being certifiably insane.  I hope that I am wrong, but the grueling political polarization that I have witnessed over the last decade has made me somewhat cynical and dubious about the rational capabilities of many of my fellow citizens.