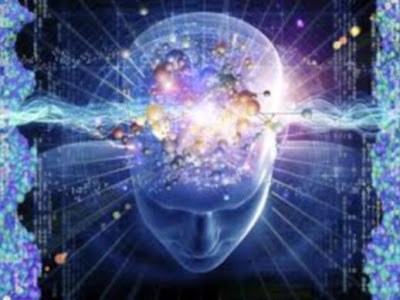 A dusting of snow now covers the ground this morning, indicating that winter is now officially here in the Midwest tundra. Winter began a few weeks early this season, and hopefully it will end early next spring. I am currently in the implementation phase of my work related project and it seems that there is still one major challenge to overcome before it’s finally completed. Instead of pivoting to other work I have found myself engaged in helping to resolve a number of final issues. It seems to be that this project that has no end, even though it will indeed hopefully end soon.

I am also contemplating undergoing cataract surgery later this week, and I am looking forward to having full use of both of my eyes. (I am not, however, looking forward to allowing my left eye to be cut, so it is a matter of personal stoicism to see it through.) At the present time, I can only read and see detail images with my right eye. The vision in my left eye is clouded and indistinct, and during the night, bright lights such as the headlights of on-coming cars produce a cloudy streaking glare that interferes with my night vision altogether. For the last three months I have avoided driving long distances during the night and that has certainly made me less available to friends and associated in the local community.

As all of these various minor details conspire to take my time away from me as the year dwindles down to nothing, I do have some cheerful things to look forward to beside having the full use of both of my eyes. I will be spending four weeks on vacation starting in the second week of December and lasting until after the first week of January. I am planning on traveling to Milwaukee to see friends and family and I also have a number of magical operations planned during that period as well. One operation that I have put to a date is where I will employ the seven newly generated metallic talismans that I had created in a spell that is used to open the threshold of the Inner Planes - I have referred to this ritual as the Septagramic Vortex Gate.

To illustrate how this ritual works, in regards to its function and purpose, I thought that I would write up some paragraphs that succinctly explain the nature of this ritual. I have taken the liberty of pulling text from the ritual itself and also from one of the unpublished “Books of the Nephilim.” I also wanted to share with my readers the magical journal that I wrote after I had performed this rite for the first time, back in January of 1992.

The Septagramic Vortex Gate ritual is used at the culmination of invoking seven spirits of the Heptarchia Mystica, also known as the Bonarum. I have already written an article that explains how I work with the 49 spirits from this Enochian magical system, contrasting it to the classical manner of planetary magic espoused by others. I look at these spirits as binary planetary spirits, since a matrix of seven by seven would naturally (in my opinion) combine two planets into a synthesis. You can find that article here, and I will also quote from it a useful definition of how I would define the spirits of the Bonarum.

“To me, a matrix of 49 spirits would obviously represent a symbolic table consisting of a base planet that is qualified by a second planet. In other words, I saw these spirits as a kind of binary planetary intelligence.”

I also perceive the seven planets of antiquity in a different manner than is traditional, seeing them also as a kind of seven rays, as associated with the planetary Sephiroth of the Tree of Life. Combining the attributes of the seven planets and the seven planetary Sephiroth as they are defined in the Qabalah produces a much more powerful definition of each of these domains. It is for this reason that I refer to them as the Seven Planetary Rays or Seven Rays. It is not my intention to conflate these Qabalistic elements with the Theosophical notion of the Seven Rays, since I am still working strictly within the Qabalah and I have not ventured into writings of Alice Bailey and others of that tradition. In other words, my nomeclature might be similar, but it represents a completely different factual basis.

My work with the Bonarum of the Heptarchia Mystica consisted of seven specific ordeals where I performed an invocation of one of these spirits for a period of seven consecutive weeks. I also chose one of the spirits to represent the base for each of the seven planets so that all seven of them would be represented through the overall ordeal. After the seven spirits are invoked over this period, a final working is performed to draw them all together into a septagram device, with the eighth spirit and ruler (Carmara) in the center. The whole reason for this combined working, which would take two months to complete, is to activate the seven rays and pull them into an independent matrix that represents all 49 of the Bonarum. My reasons for performing this long working was explained quite adroitly in my second Book of the Nephilim, and I should therefore just quote from it.

“These Seven Enochian Rays are revealed so the magician may comprehend and assimilate them into his or her consciousness. The Rays are made manifest through the invocation of each of the seven binary planetary intelligences. Their mysteries represent the core of the celestial consciousness of this specific current of magick. Each spirit invoked represents the complete archetypal mystery of one of the Seven Rays, so when the entire ordeal is completed, the seven-fold mystery (Heptarchia Mystica) is joined into union, unlocking the internal essence of the Enochian magickal current. The holistic mythic image established through the interlocking of the seven rays as expressed by the Heptarchate becomes the singular source of all that is comprehensible as Enochian, i.e., it becomes the meta- symbol of the Enochian System of Magick.”

Once these seven Bonarum have been invoked and fully experienced by the operator, then the final rite, called the Septagramic Vortex Gate, can be performed. The text that appears in the header of the rite give a succinct explanation of the purpose and function of this ritual, so let me just quote that and comment on it as necessary.

“The Septagrammic Vortex Gate ritual is utilized to invoke and direct the Spirit of Carmara, ruler of the Heptarchia Mystica. This ritual consists of two parts; the first invokes all the Zodiacal Elementals, and the second invokes all Planetary Intelligences. These two structures are brought into fusion through the Gate Trigon and the resulting combination generates the Spirit Heptarchate (which is the combination of all of the seven Planets with all of the 12 Zodiacal signs). The quality of the sentience of this Spirit differs from that of the Spirits Heptarchate in the same manner that the Absolute differs from all manifestation.

The Spirit of Carmara is the union of the 49 Good (Bonarum) Spirits, and thus it represents the Multifaceted Intellect of the Universal Mind. It is the supreme achievement for magicians in our Order to invoke this being, for thus they will experience a most profound spiritual reflection of their spiritual light. This ritual also functions as an initiation rite since the entity Carmara holds the secrets of all Inner Plane revelations, revealing them through its invocation. The Threshold Gate, which is a feature of this working, also functions as the entrance to the higher spiritual dimensions, and as such, it serves as the primary method that the Higher Adepti enter into those worlds.”

Since performing this rite many years ago, the combination of the seven spirits that I originally chose has been used in my rendition of the Septagramic Vortex Gate ritual ever since. In order to perform this rite, I have to retrieve the consecrated sigils from my Liber Spiritus folder and employ them at each strategic point of the rite, where the zodiacal pyramid of power is joined with the western aligned triangular gateway. My intention for this future working of this rite is to place the seven metallic planetary talismans at those strategic points and thereby greatly empower this rite far beyond what I had ever experienced previously. I will certainly write up my experience of this working in my magical journal and post an edited version for my readers to peruse once I have completed it. I will perform it during the orb of the next Full Moon, and the date that I have selected is November 25.

Finally, I wanted to share with my readers the magical journal that I wrote following the first time that I performed this working so many years ago. This edited journal was taken once again from the second Book of the Nephilim.